Note the second K98 slung over the shoulder of the German infantryman. 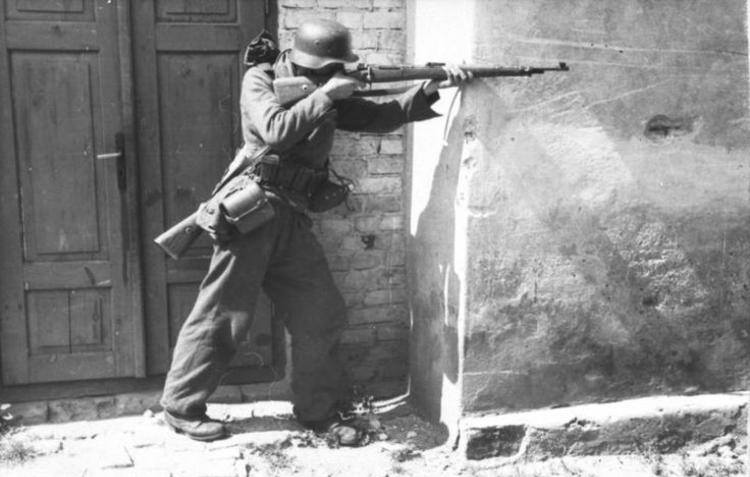 In 1934 Germany began designing a new rifle for its military. The Karabiner 98k was derived from earlier rifles, namely the Mauser Standardmodell of 1924, the Karabiner 98b, and the Karabiner 98a, all of which in turn had been developed from the Gewehr 98.

Just like its predecessor, the rifle was noted for its reliability, excellent accuracy and an effective range of up to 550 yards with iron sights and 1,100 yards with an 8× optic.

Although semi-automatic rifles such as the G43 were developed in the 1940s The K98 remained the primary German service rifle until the end of World War II in 1945. 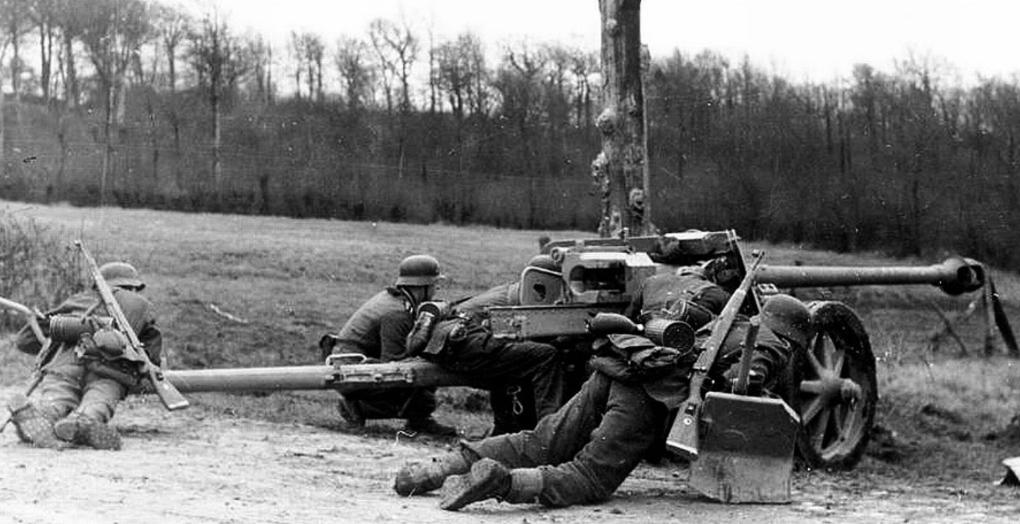 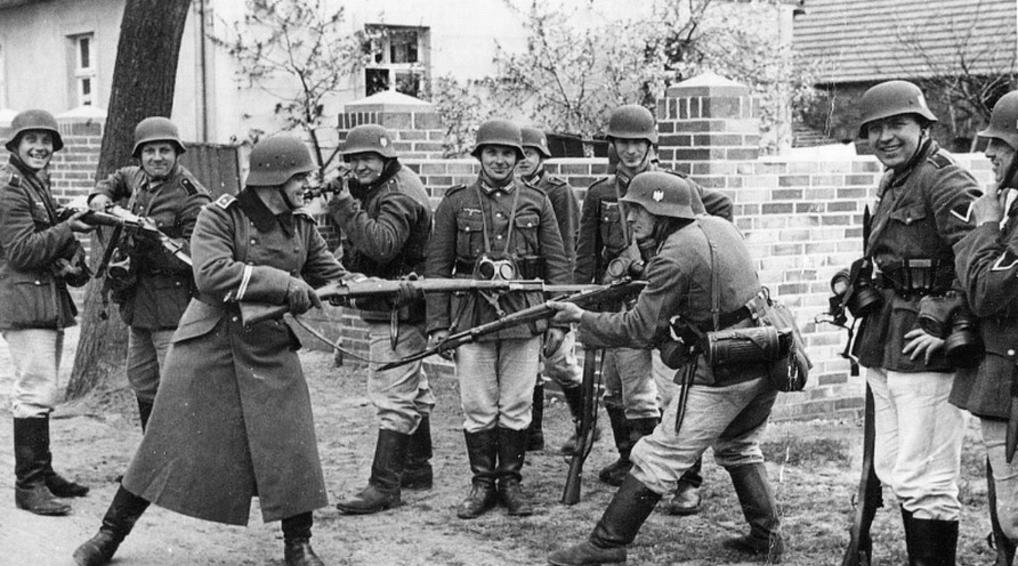 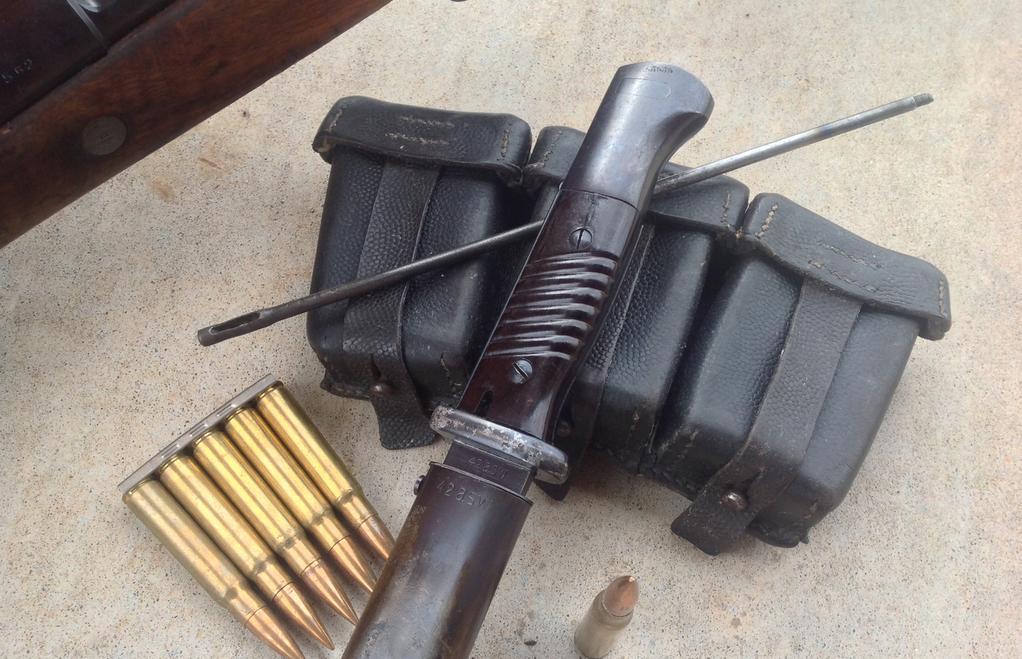 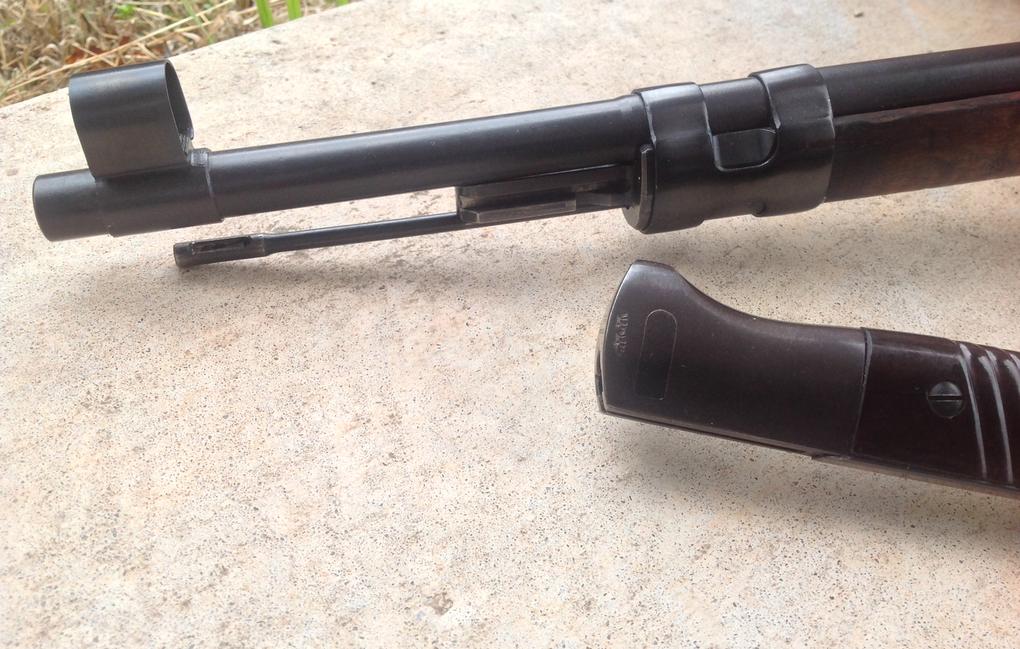 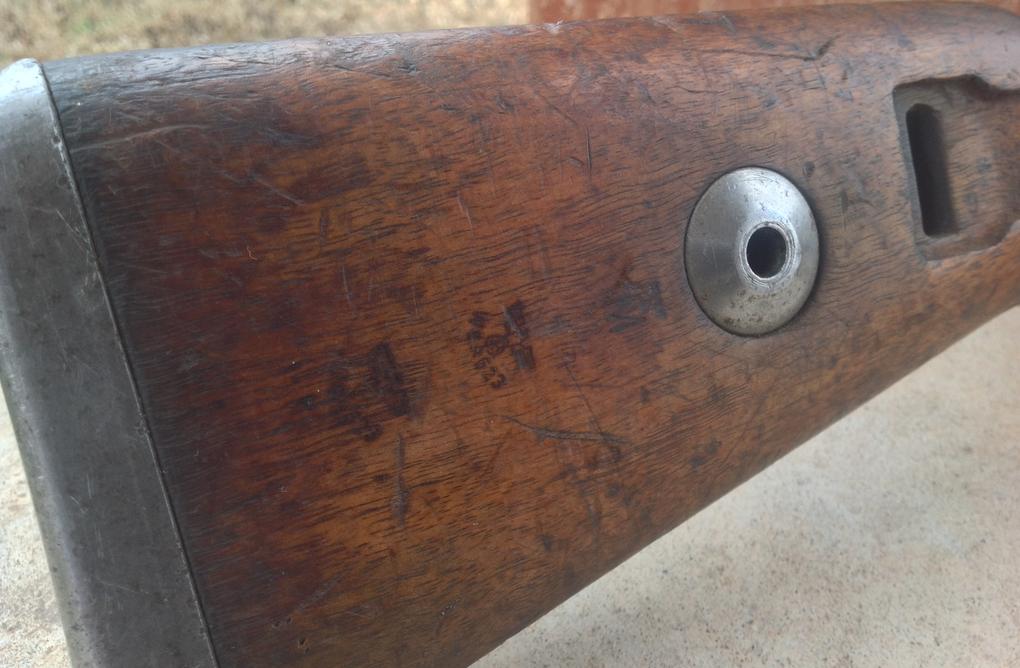 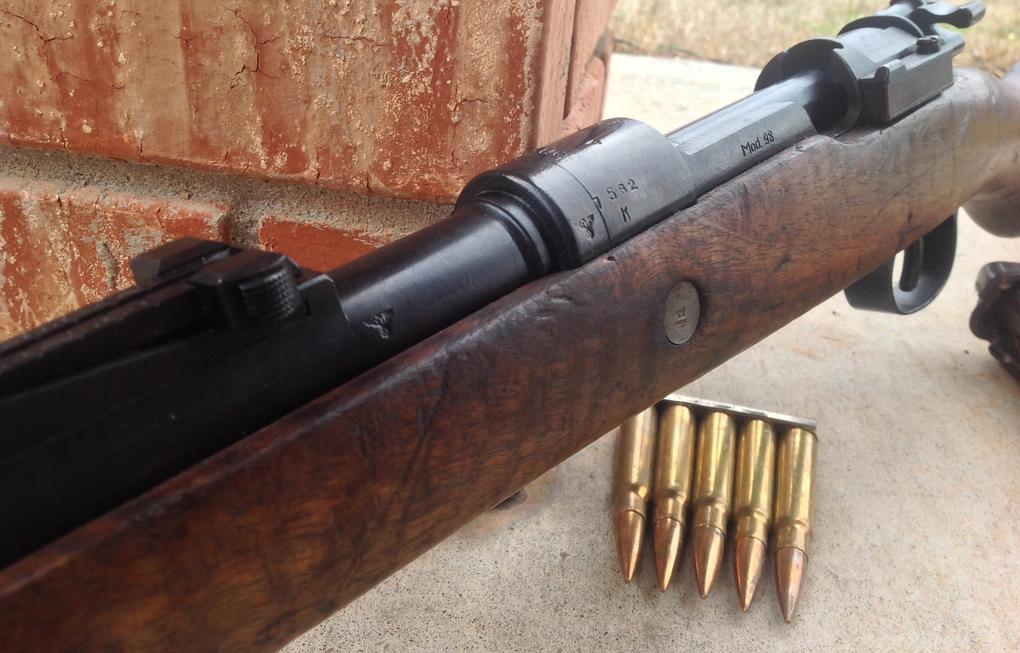 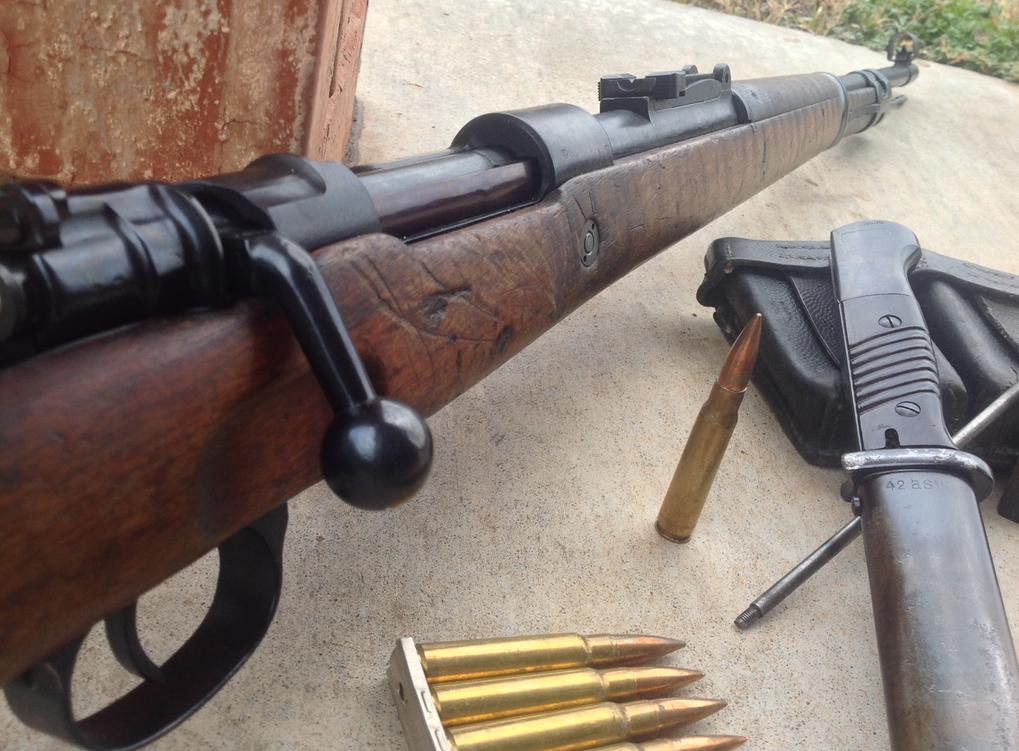 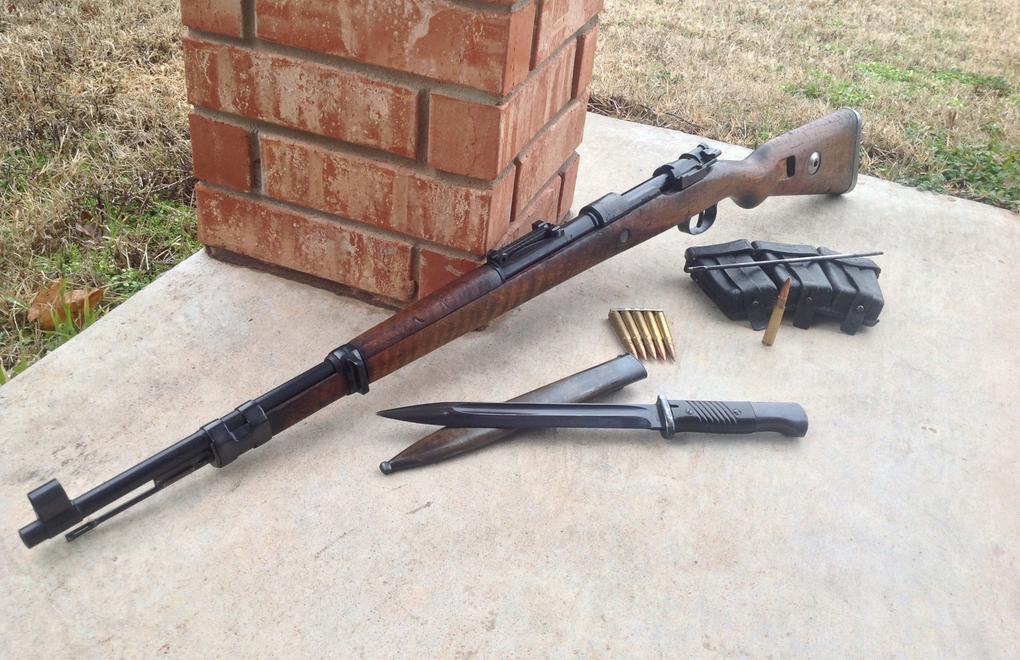 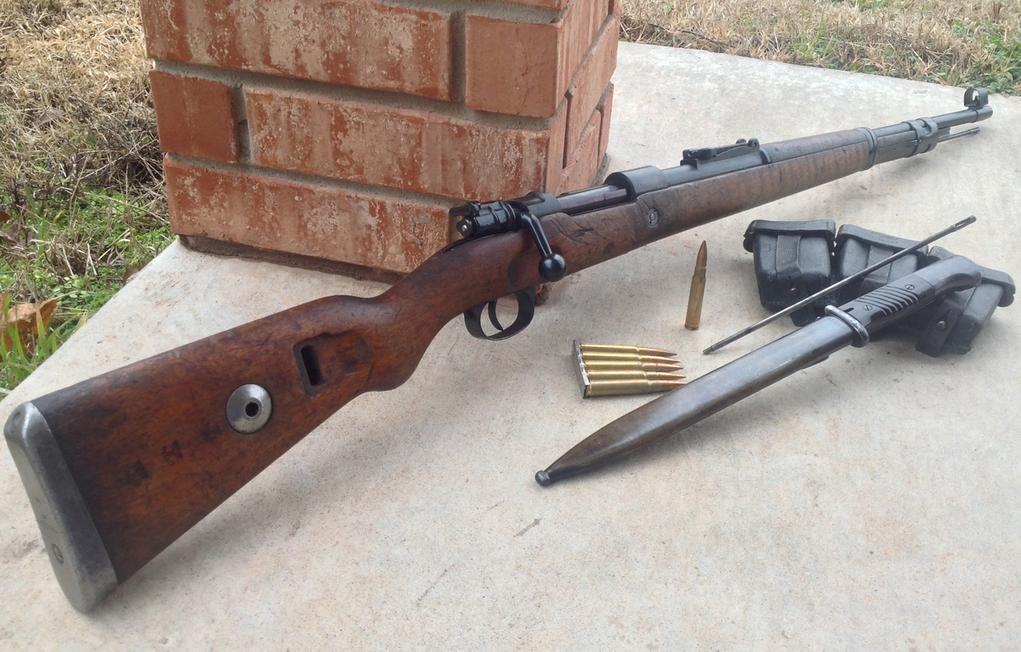 Significance: Standard service rifle of the German military during WWII.

German cavalry training to fire from the standing position - 1935. 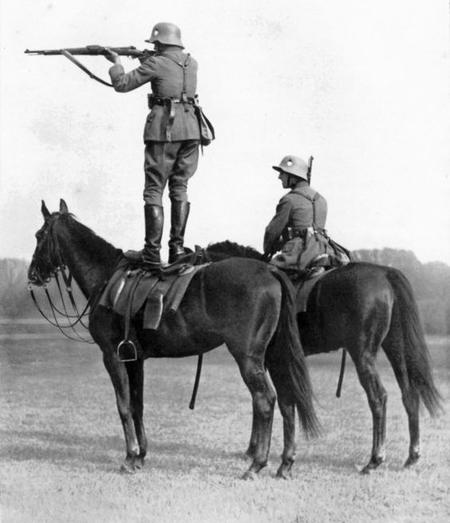 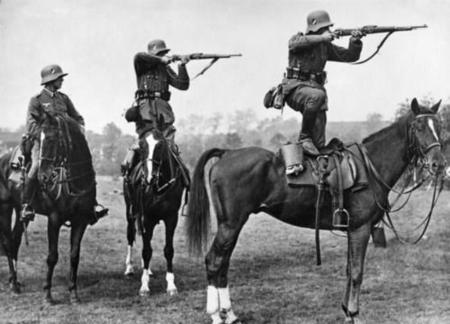 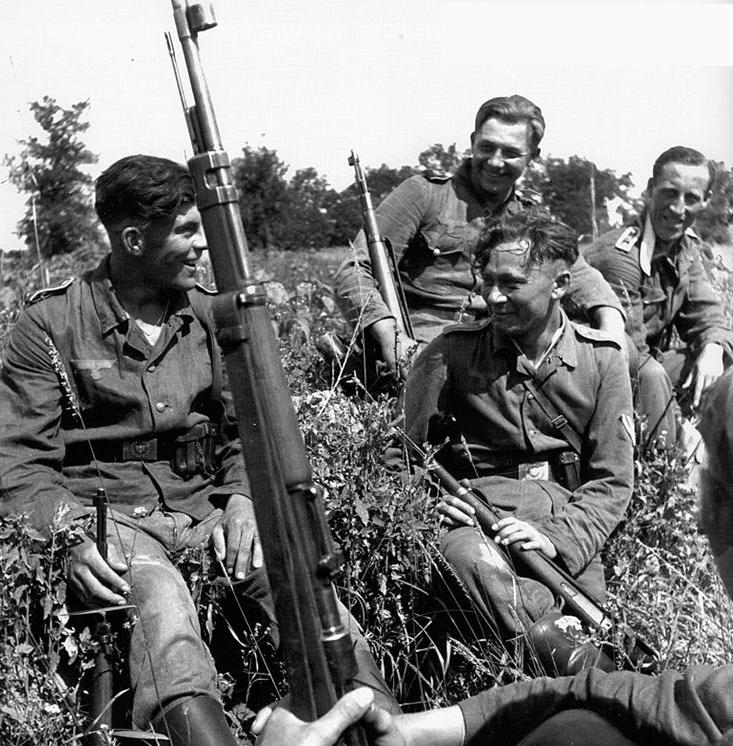