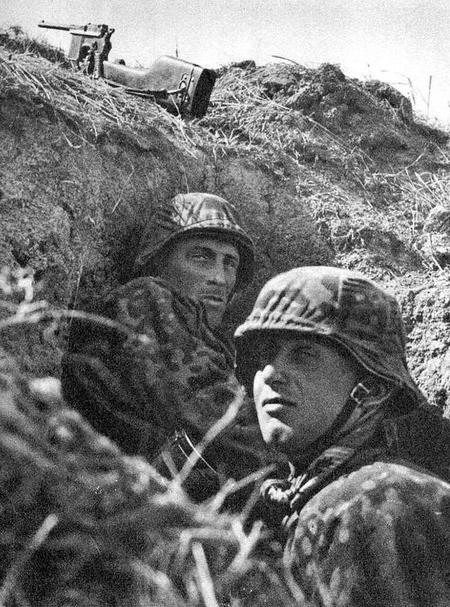 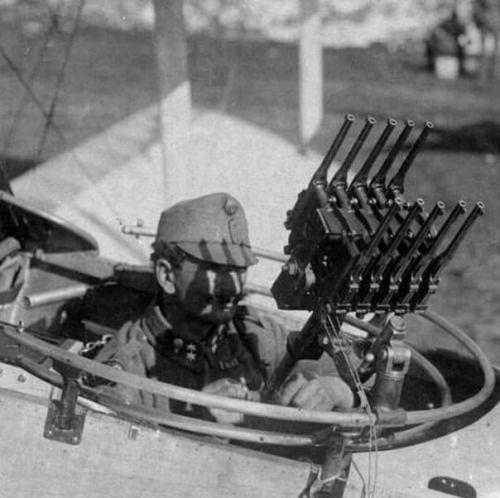 Photograph taken in the trenches of WWI.  Note the attached shoulder stock. 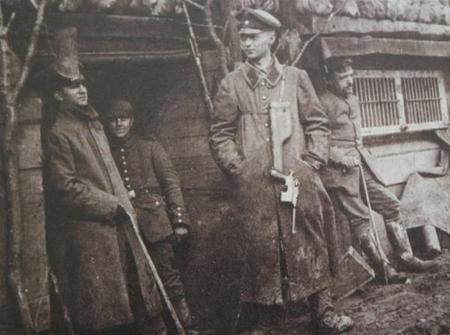 WWII Waffen-SS soldier shouldering a M712 Schnellfeuer.  The M712 was a fully automatic version of the C96 with a detachable magazine. 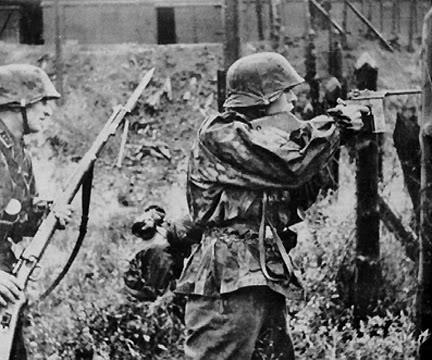 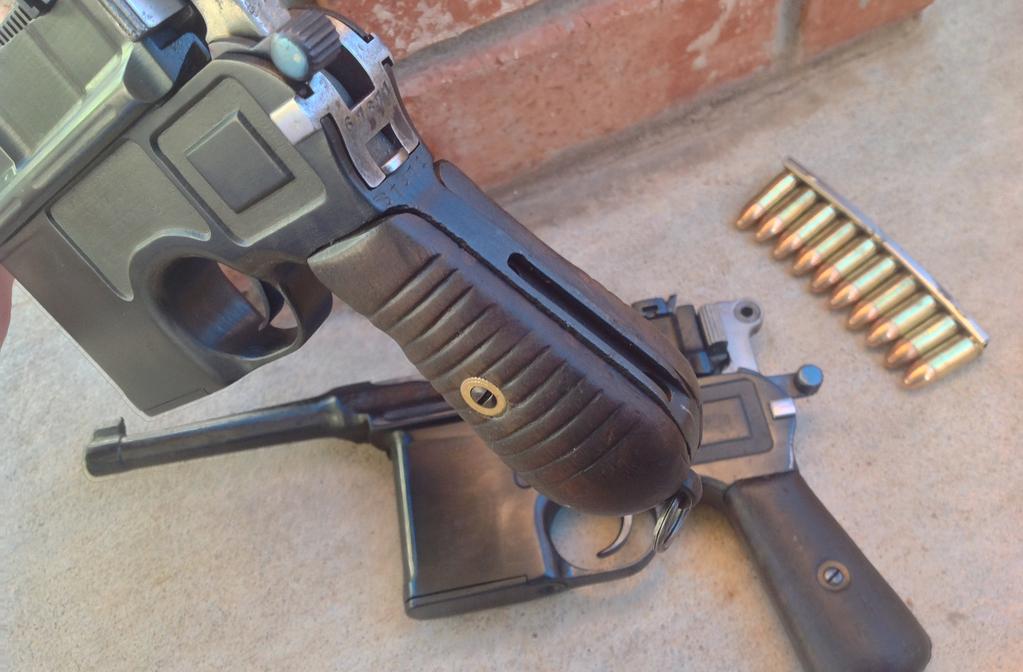 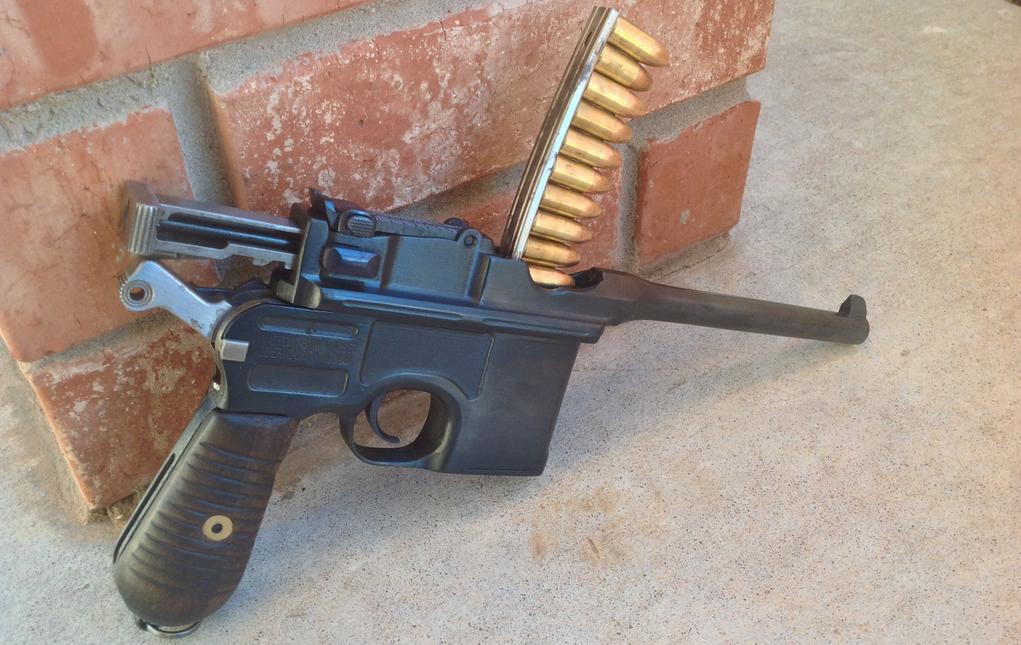 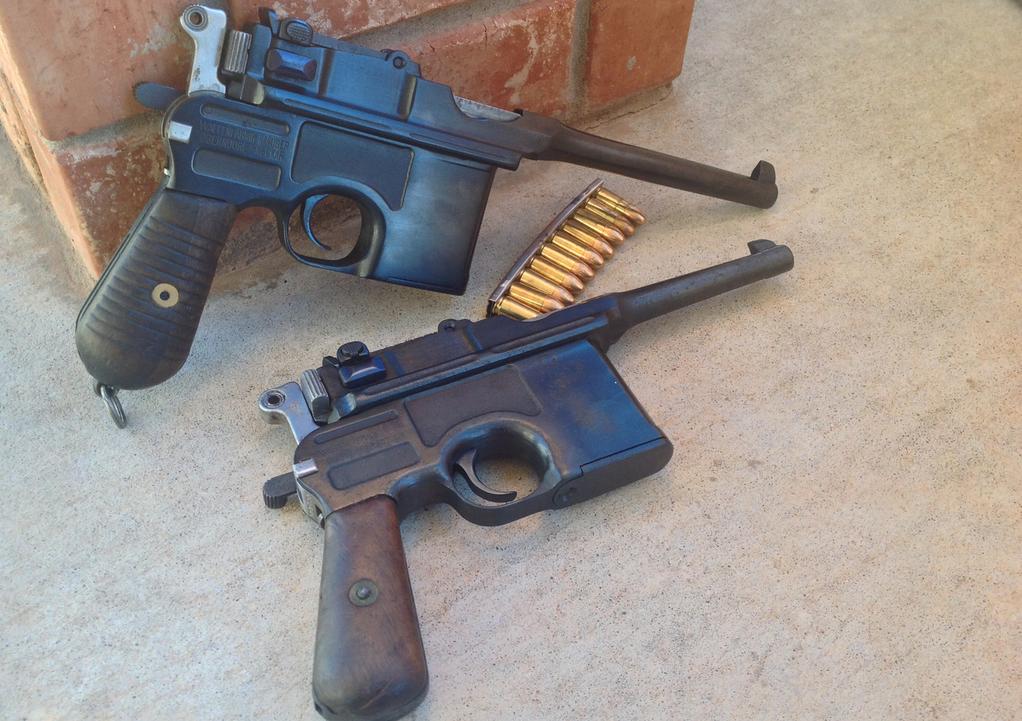 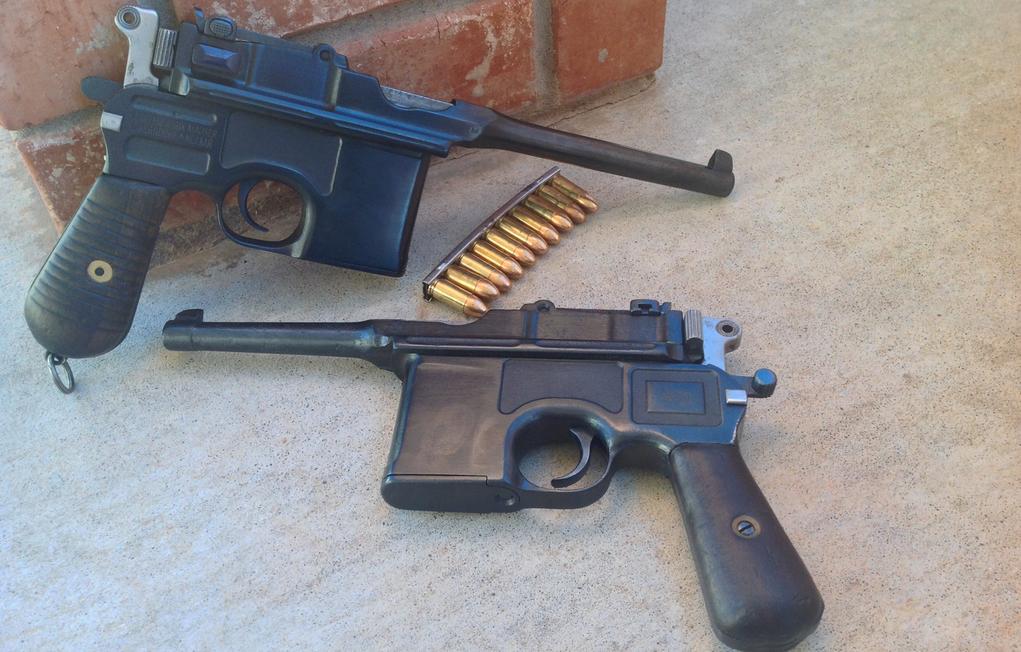