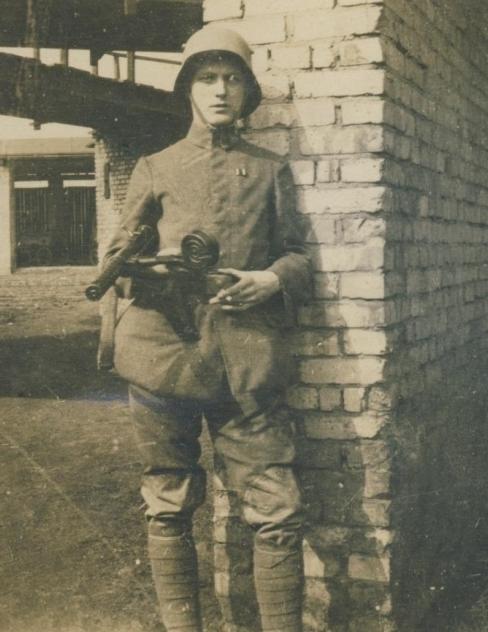 In the early 1900s, Kaiser Wilhelm II conducted several hunting expeditions into the famed Black Forest of southwestern Germany.  His weapon of choice was a long barreled commercial Luger carbine.  With his withered left arm unable to support the weight of a full size hunting rifle, the Luger carbine was a light-weight, versatile, effective alternative.
On June 3, 1913 the Kaiser personally approved the adoption of the Lange (long) P.08 for "the field artillery and the airmen."  Artillery units were traditionally at risk of encountering the enemy, but rarely enough that having a heavy long-barrel weapon would be a necessary burden during their normal duties.  The Lange P.08 was a compact but powerful defensive weapon that offered significantly more firepower than a standard sidearm, without the weight and bulk of a full-size rifle.
The Lange P.08 was issued to artillery units and shock troops (stormtroopers) with a full complement of accessories including a holster, wooden shoulder stock, and double magazine pouch.  During the early stages of WWI the Lange P.08 proved to be an exceptional firearm.  Its only widespread criticism was the relatively small capacity of its 7-round magazine.  This problem was solved with the advent of the 32-round Trommelmagazin 08, more simply known today as the "snail drum".  The snail drum was complex and difficult to load but reliable enough to serve as the standard magazine for the first successful German submachine gun, the MP18.
With its 8 -nch barrel, adjustable rear sight, wooden shoulder stock, and 32-round snail magazine, the Artillery Luger was a considerable force to be reckoned with in the trenches of WWI.
​

Private First Class Herman Stanley sorts through surrendered German pistols in Norway, on July 10, 1945.  The pistol in his hand is an Artillery Luger. 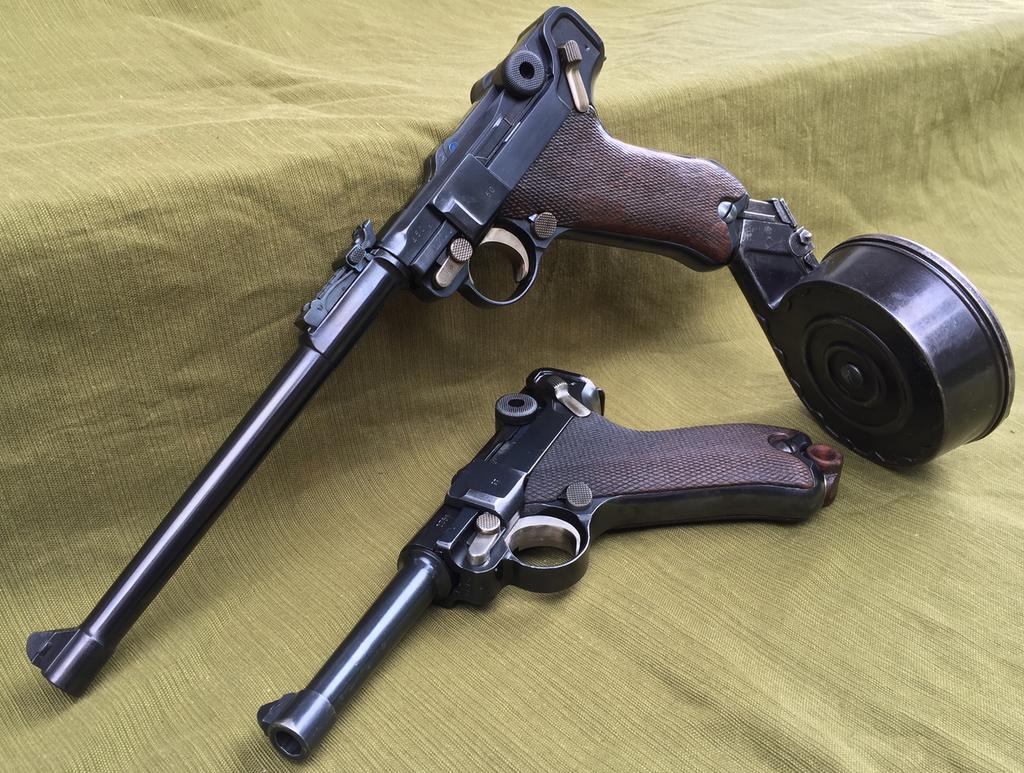 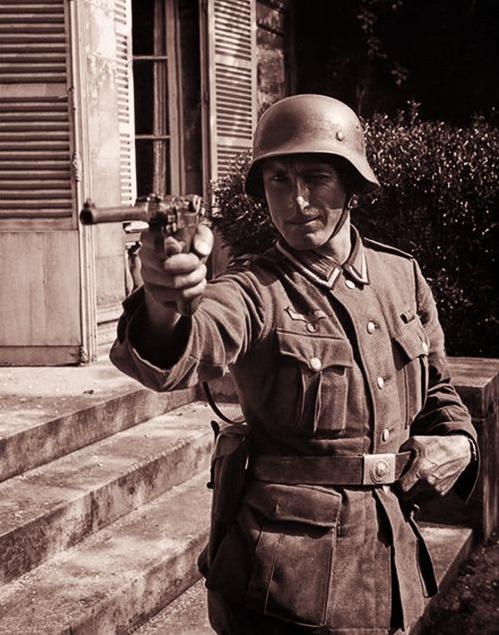 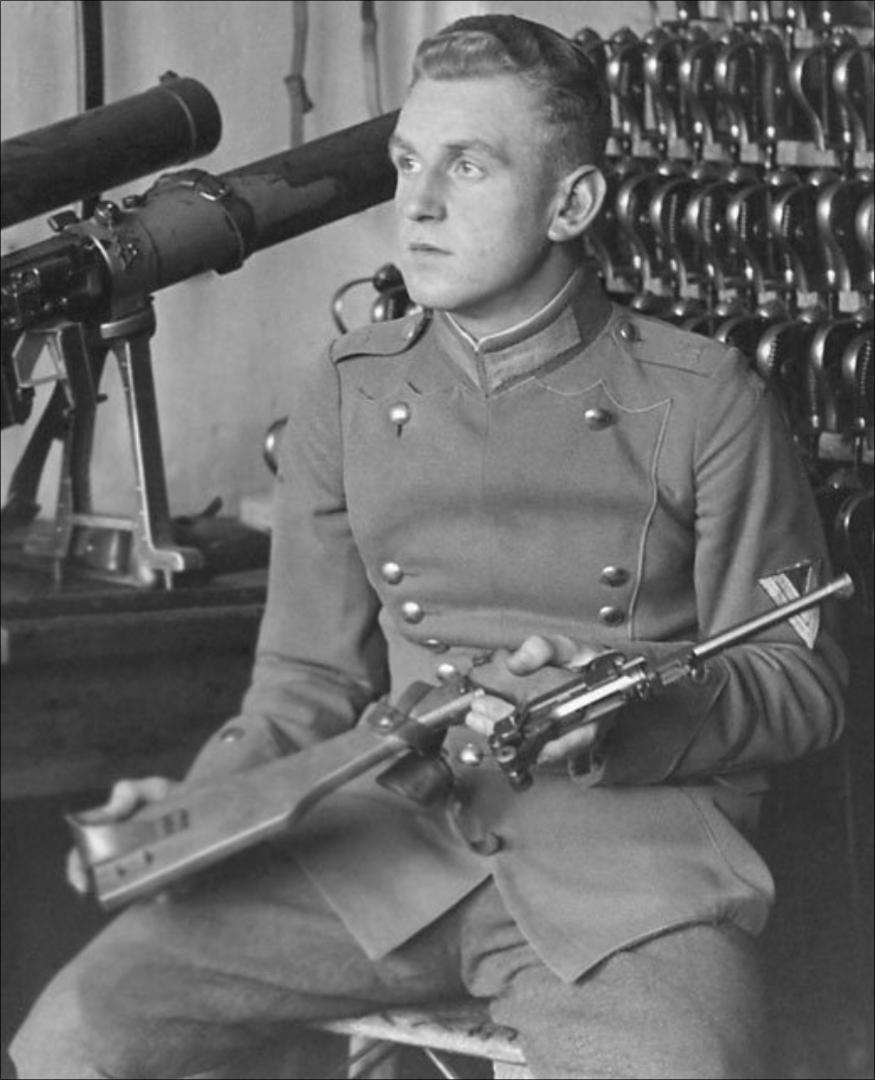 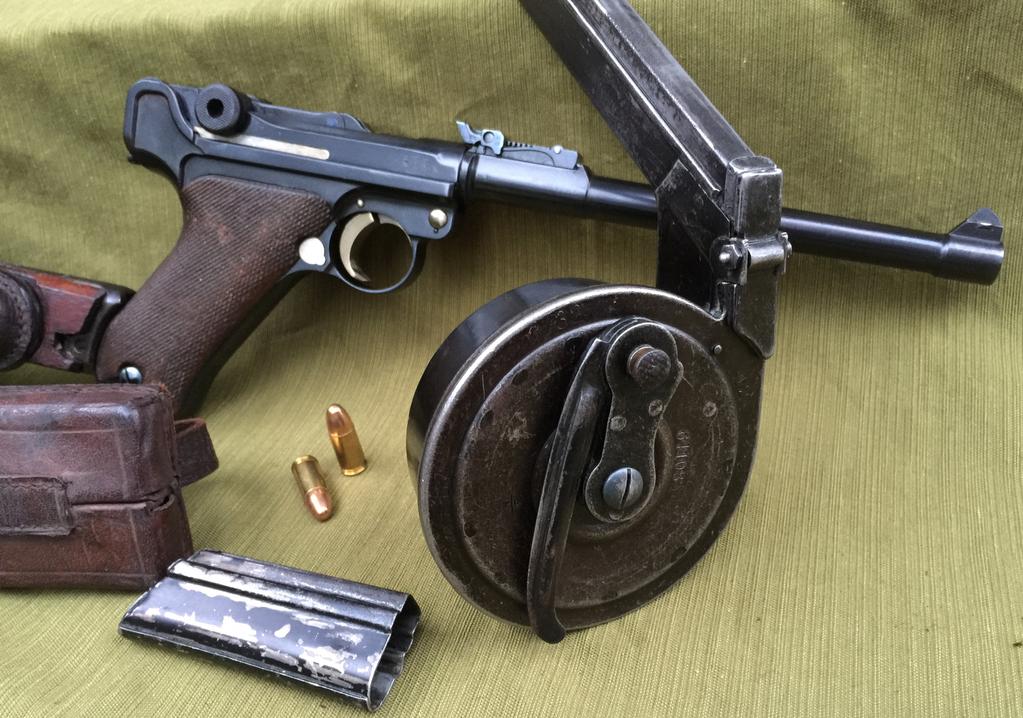 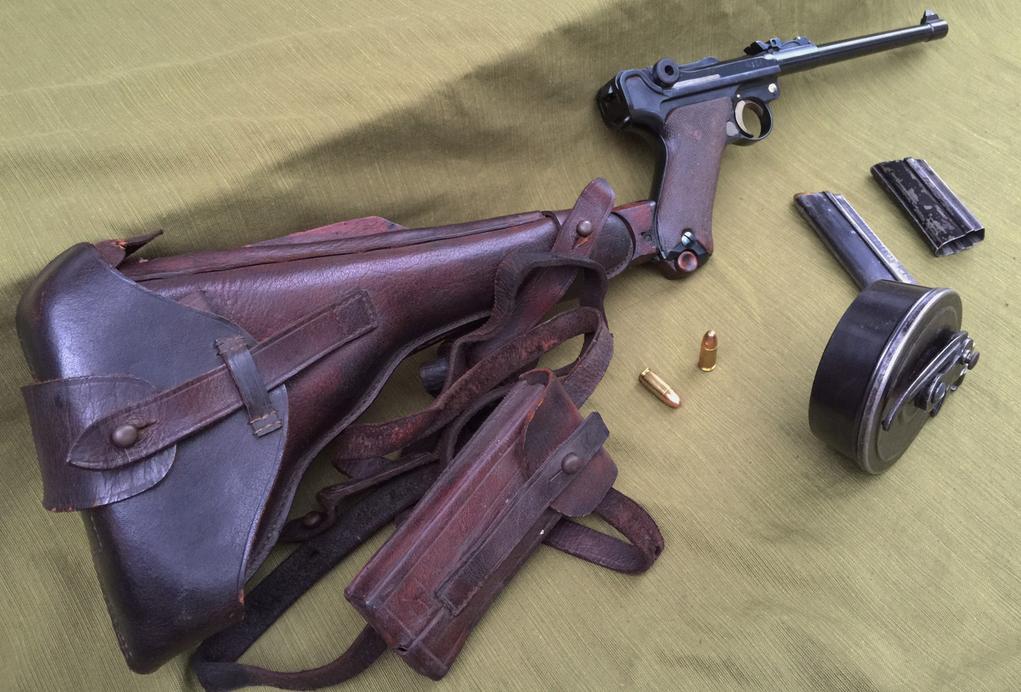 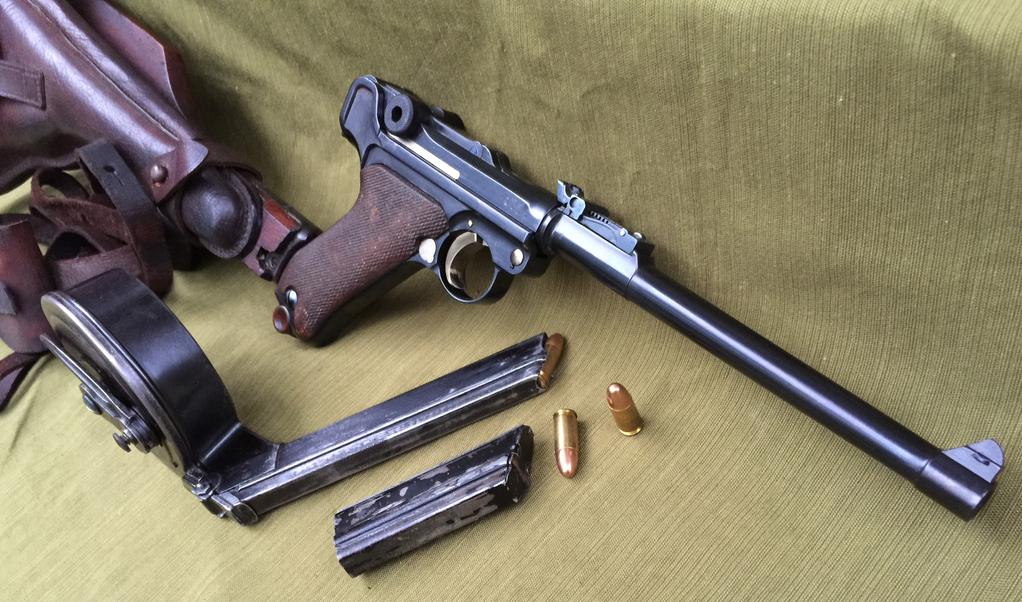 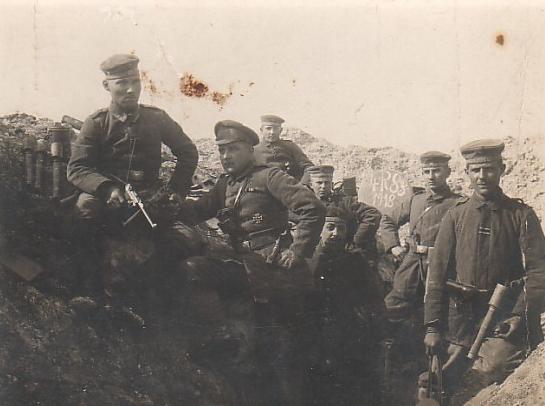 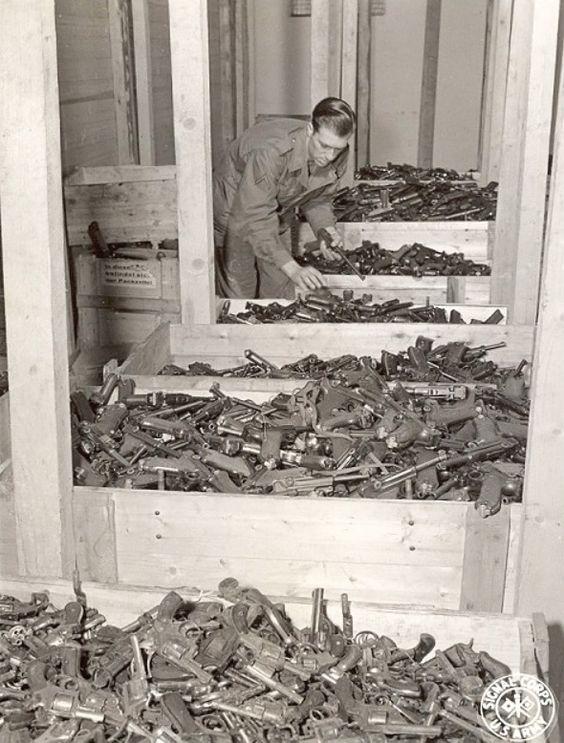 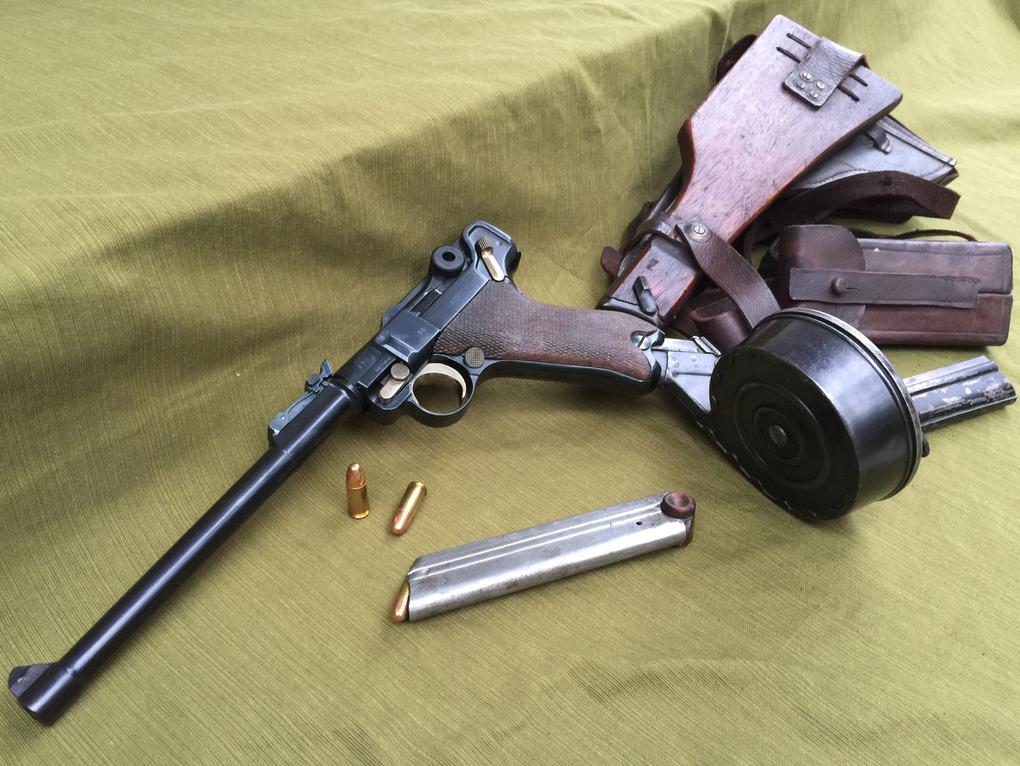 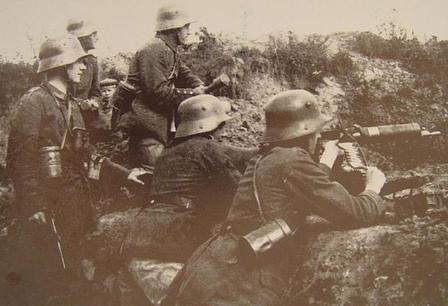 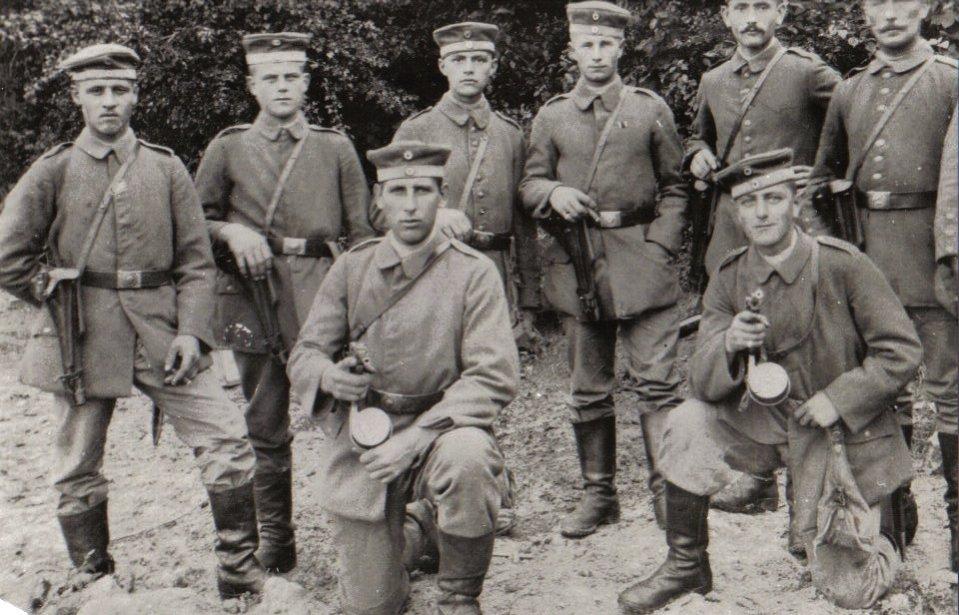