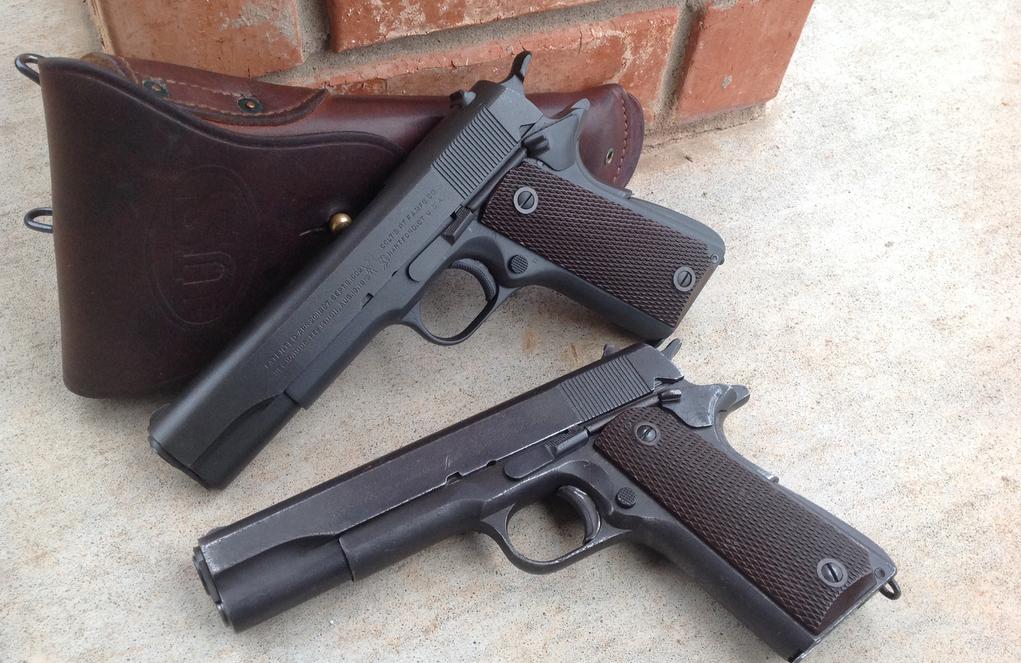 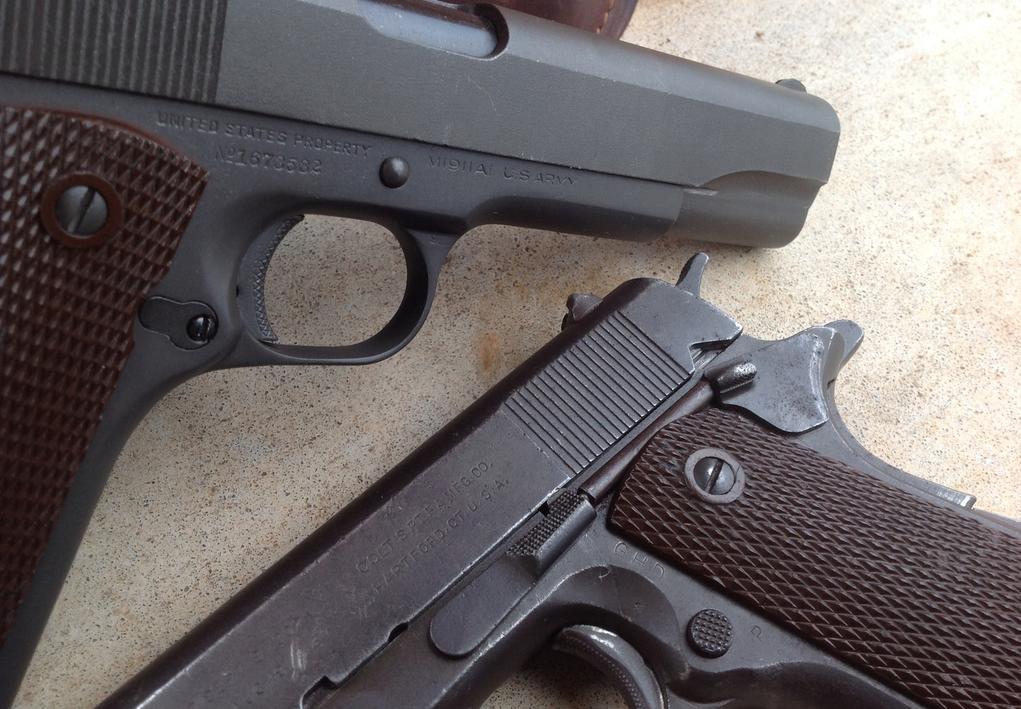 Significance:  John Browning's 1911 is the most popular, and arguably the best handgun design of all time. 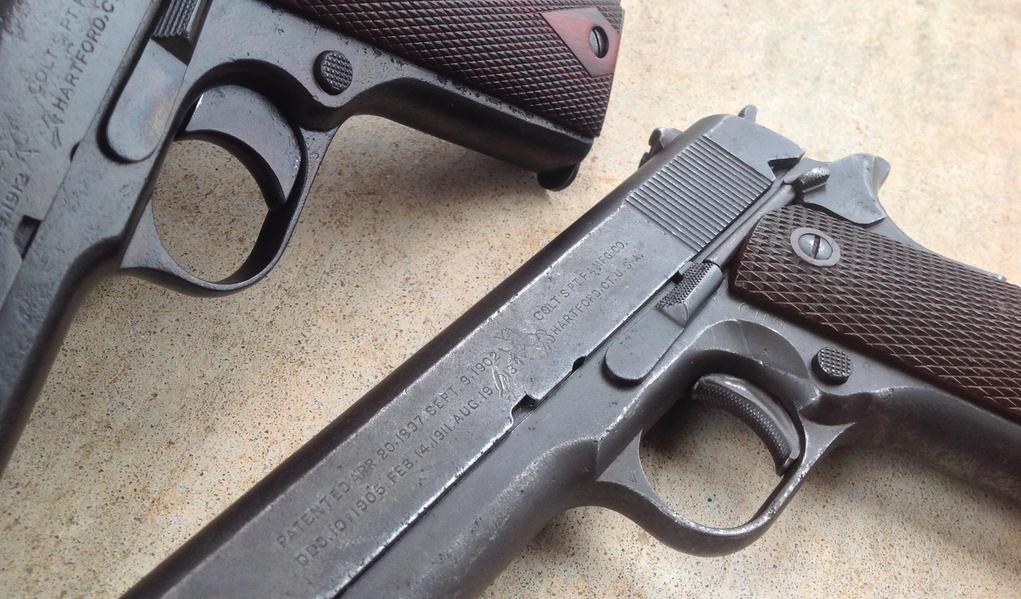 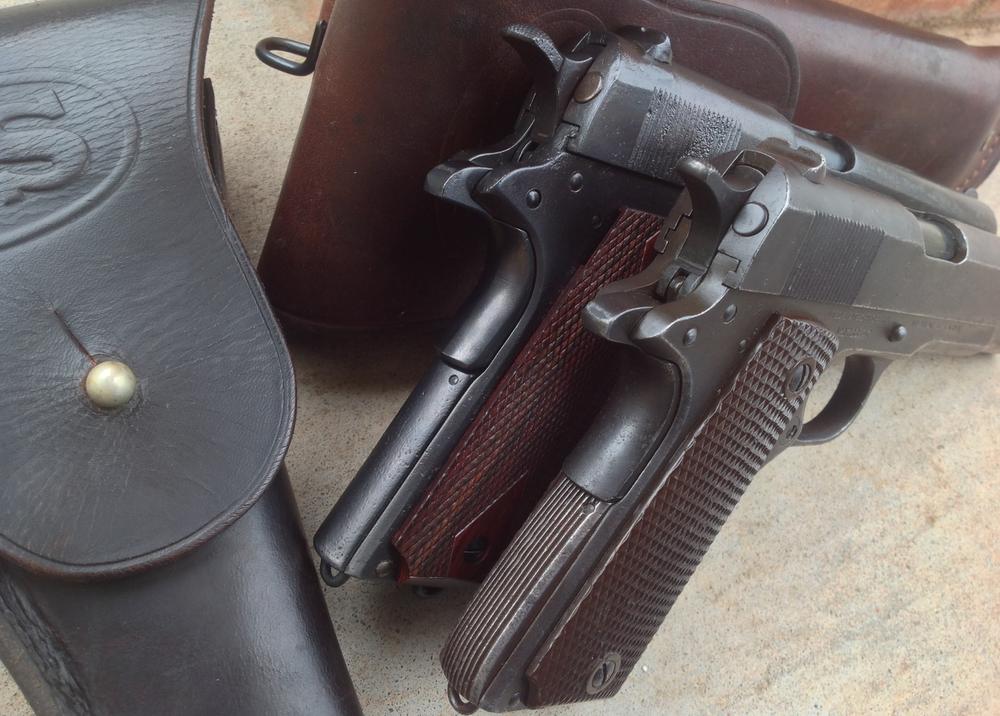 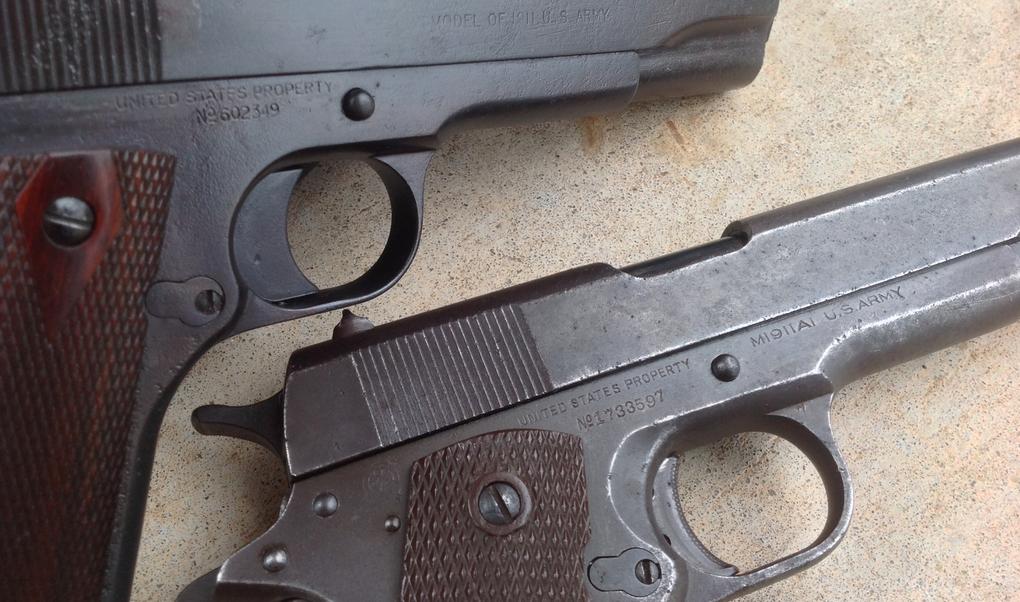 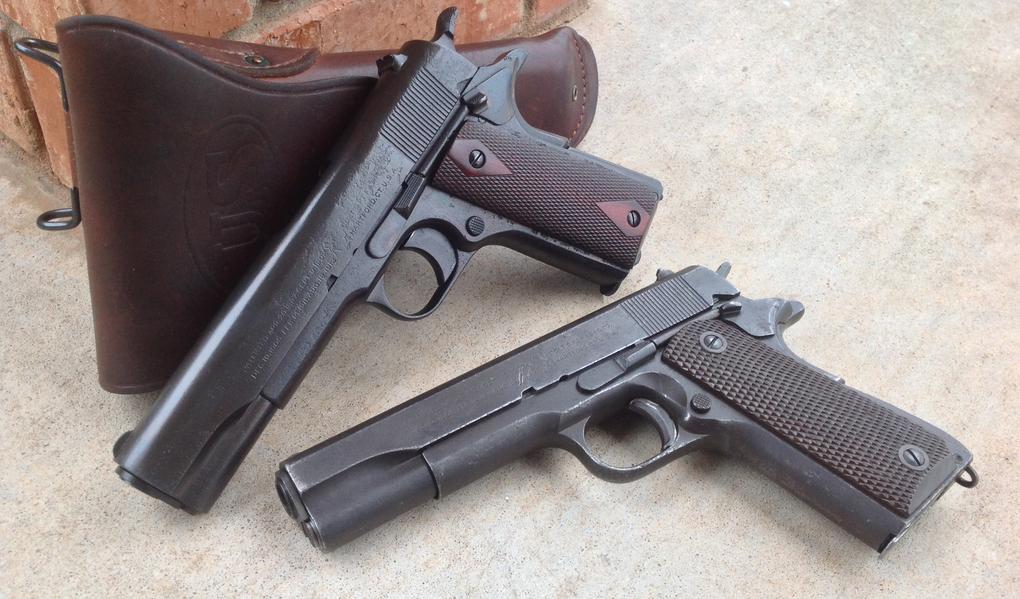 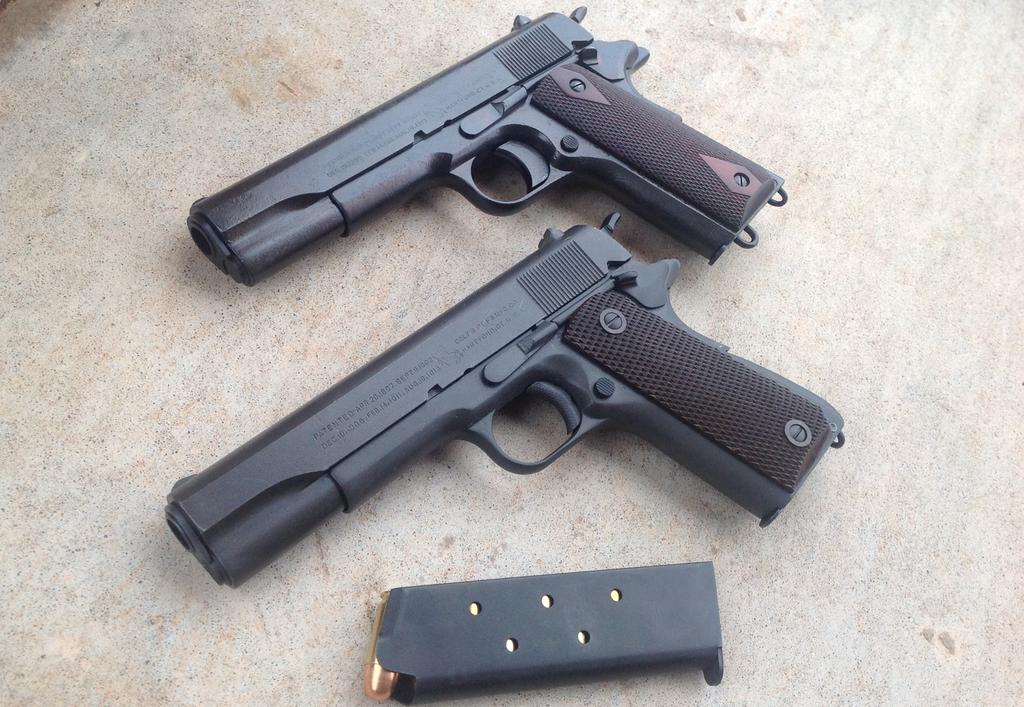 The M1911A1 changes to the original design consisted of a shorter trigger, cutouts in the frame behind the trigger, an arched mainspring housing, a longer grip safety spur (to prevent hammer bite), a wider front sight, a shortened hammer spur, and simplified grips. These changes were subtle and intended to make the pistol easier to shoot. 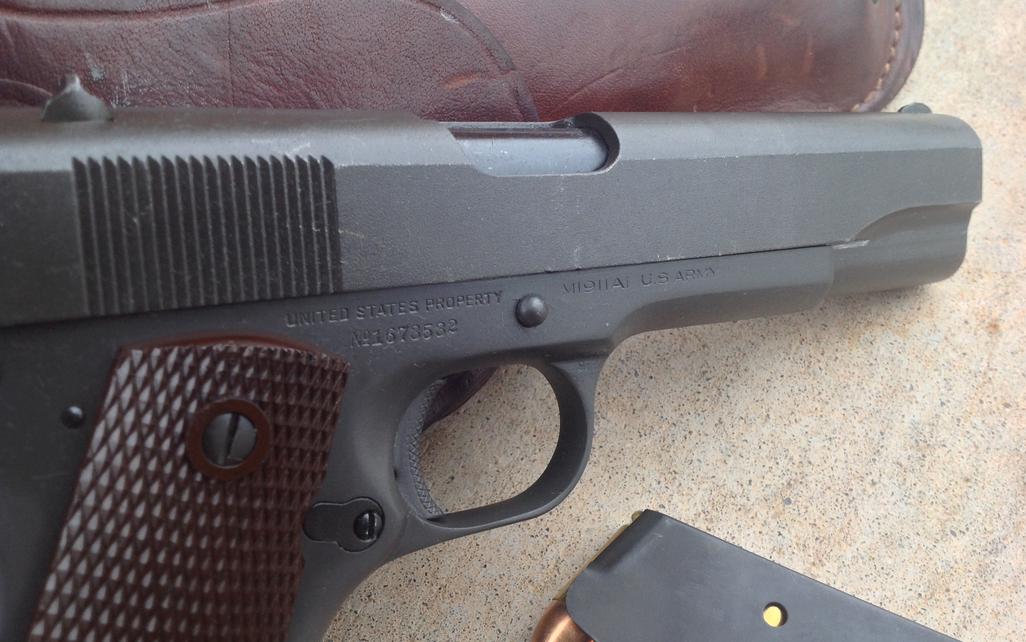 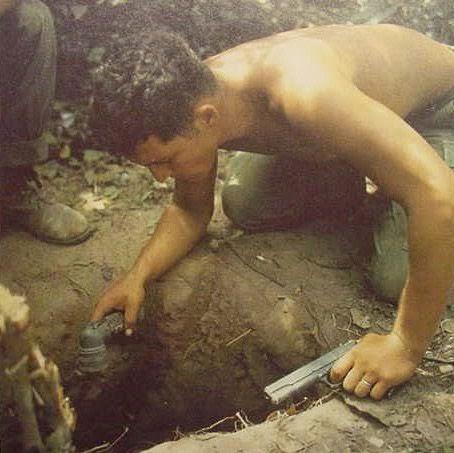 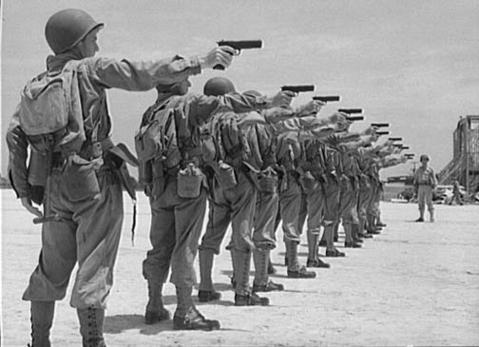 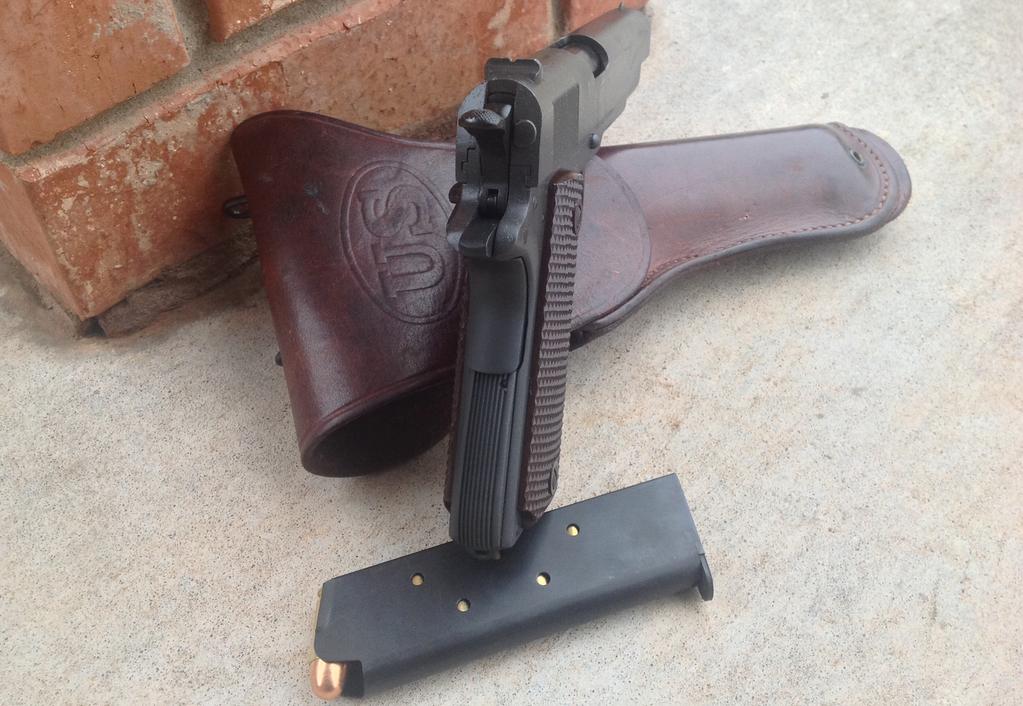 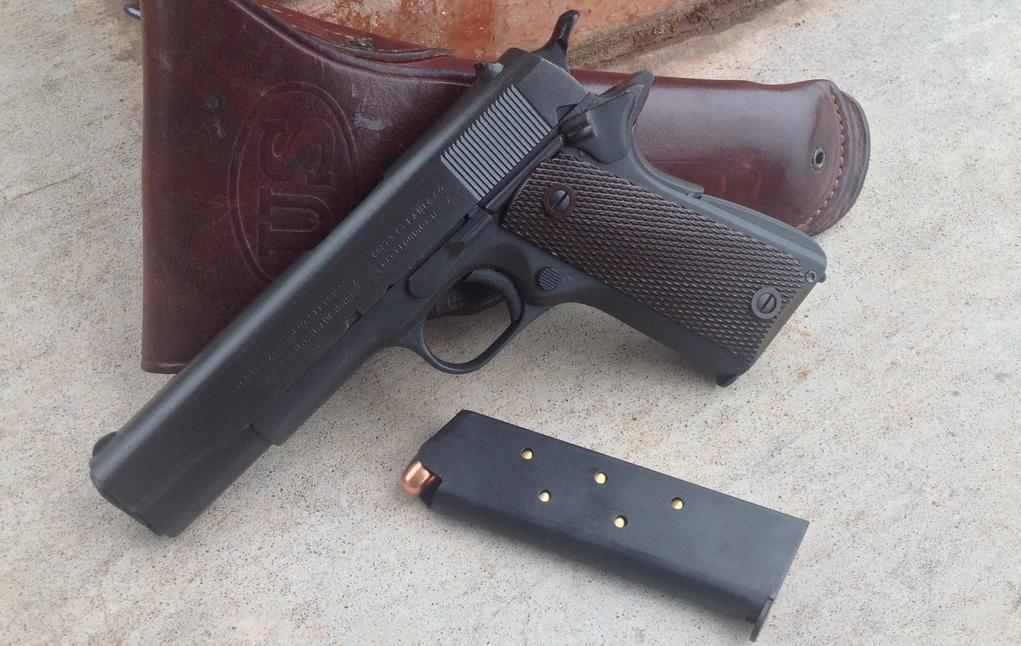 The M1911A1 was the standard issue sidearm for the United States during WWII, Korea, and Vietnam.  Specific differences between the M1911 and M1911a1 are detailed below.  The changes were subtle and largely intended to make the pistol easier to shoot.

So many 1911A1 pistols were produced during WWII that the government cancelled all postwar contracts for new production, instead choosing to rebuild existing pistols with new parts, which were then refinished and tested for proper function.

The examples below are both 1944 production Colt manufactured 1911a1s.